Akshay Khanna recently grabbed the attention of the audience for his upcoming film Drishyam 2, which is the sequel to Ajay Devgn’s 2015 release. 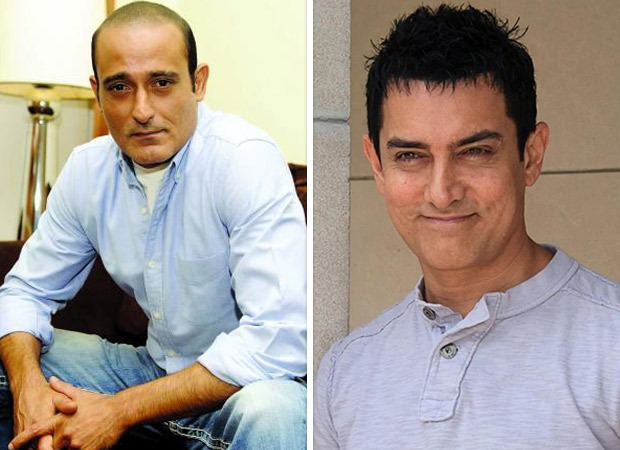 Aamir Khan starrer Taare Zameen Par was not only a box-office hit but also critically acclaimed. More than anything, the film was appreciated for its subject, and the performance of the star cast, especially the perfectionist of Bollywood Aamir Khan. However, what if we tell you that not Aamir Khan but Akshaye Khanna was the first choice for the lead character?

Well, it is not just a hypothetical situation but the truth. Akshaye Khanna himself revealed this during his conversation with Mid-Day. The interview making the revelation recently grabbed the attention of moviegoers. For the unversed, Khanna during his interview had said that Amol Gupte wanted to offer Taare Zameen Par to him.

Since the director didn’t know Akshaye, the former asked Khanna’s Dil Chahta Hai co-star Aamir to introduce him. However, Aamir said he wanted narration before he tells Akshaye about it. “Aamir being Aamir, told him I cannot recommend a script unless I hear it first. So make me hear it, if I will like it, I will tell Akshaye,” the actor narrated. “But he (Aamir) liked it so much, that he did it,” the actor added.

Later, the Hulchul actor further mentioned, “I don’t think I could have done a better job than Aamir. He was superb. So it was good that destiny kind of took him.”

Talking about TZP, it was India’s official entry to the Oscars. The film was released in 2007. It marked the debut of Darsheel Safary. The film revolved around a child named Ishaan Awasthi, who suffered from dyslexia.

Coming to the professional front of the above-mentioned actors, Aamir was last seen in Laal Singh Chadha while Akshaye Khanna is gearing up for Drishyam 2. The sequel of the Ajay Devgn starrer is slated to release on November 18. While the star cast will revive their characters, Akshaye will enter as a cop in the suspense thriller.

Also Read: Drishyam 2 Trailer Launch: Ajay Devgn on reuniting with Akshaye Khanna – “Good actors bring out the best in you”