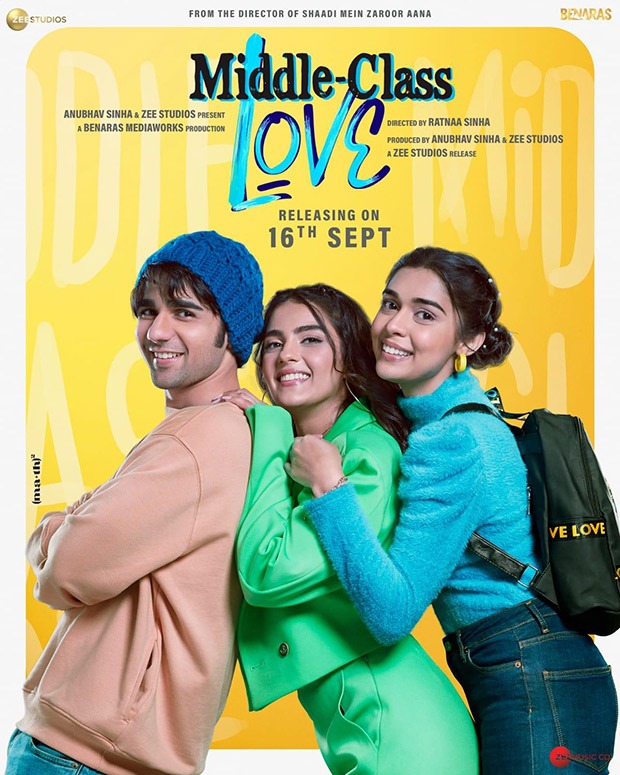 Contrary to the current fad of star kids being launched by big studios, Anubhav Sinha and Zee Studios along with ‘Shaadi Mein Zaroor Aana’ director, Ratnaa Sinha are introducing three completely new and fresh faces in Bollywood. The film is titled, ‘Middle Class Love,’ — a quirky college romance which promises to be a fun and an emotional roller coaster.

Headlining the film’s cast is actor Prit Kamani along with Eisha Singh and Kavya Thapar. The film’s story revolves around the most commonly felt emotions and experiences by anyone who hails from a middle-class background. Reason why the film is being touted as India’s most relatable love story as middle-class mentality is a universally acknowledged truth.

Talking about Middle Class Love, Anubhav Sinha says, “At Benaras Media Works, the idea is to tell stories which are rooted in our reality. It’s also essential to give a platform for these stories to be fleshed out by the best talent that’s there. I take pride in the fact that I have been able to introduce such talented, sincere and hardworking actors, who have no connections in the industry and also given them a space where they will be presented in a manner that will justify their talent.”

Ratnaa Sinha adds, “It’s the story of middle-class boy coming-of-age. Coming-of-age in his youth requires a process of going through many stages of love — attraction, realisation, feelings, emotions. This story required fresh talent and I am happy to introduce these talented actors with my film. It is challenging to work with fresh talent but it is also immensely satisfying because they gave their 200 percent. You can literally hold their hand and make them walk and it has been a great journey.”

Anurag Bedi and Ruchir Tiwari from Zee say, “At Zee, we believe in telling stories which break the clutter and are relatable to the audience of today. Middle Class Love encapsulates the emotions and challenges faced by any middle-class boy. It’s a story which takes us through his journey and how he deals with being middle-class. We’re hopeful that the story will widely resonate with the youngsters and their families.”

The motion poster of ‘Middle Class love’ is out now and the trailer is all set to release tomorrow night.