make it to the end
HomeSportsAshes 2021-22: The Beauty Of Australian Cricket Is We’ve Got Fast Bowling...
Sports

Ashes 2021-22: The Beauty Of Australian Cricket Is We’ve Got Fast Bowling Stocks For Days – Jhye Richardson

Australian pacer Jhye Richardson who performed brilliantly in the Ashes 2021-22 Adelaide Test feels that the “fast bowling stocks” is the beauty of Australian cricket.

Richardson came into the Australian XI in the day-night Test against England as a replacement for injured Josh Hazlewood and he bagged a five-wicket haul in the final innings of the game. Also, pacer Michael Neser replaced Pat Cummins in the playing XI who was found in close contact with a COVID-19 positive person. 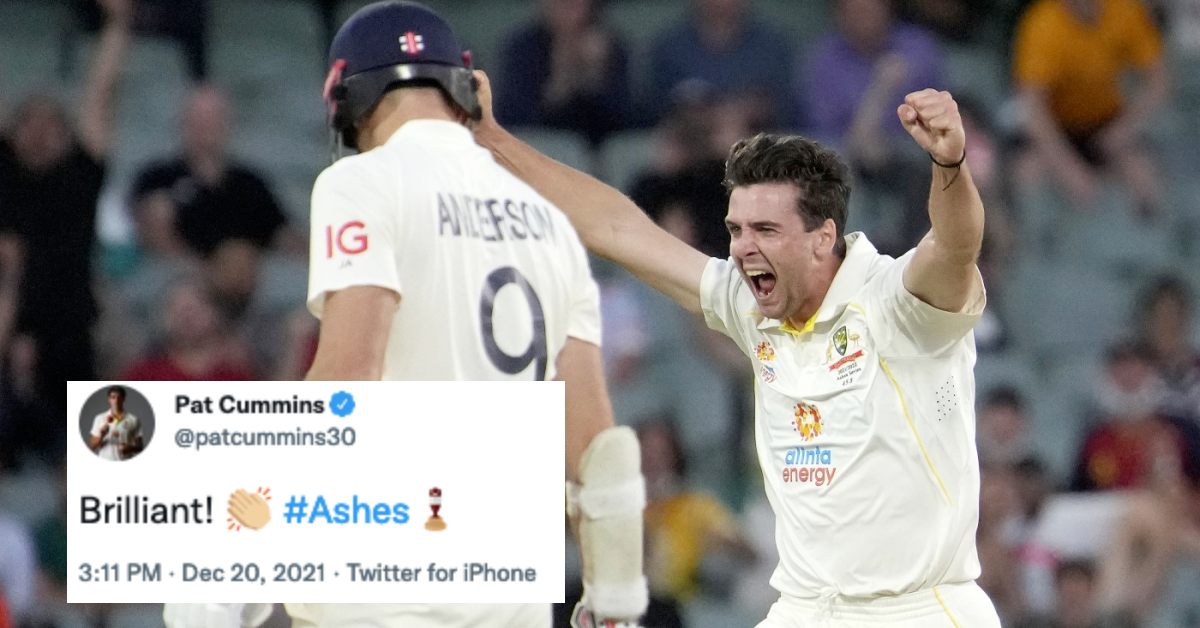 Meanwhile, the absence of two senior pacers didn’t have any impact on the performance of the Aussies as they went on to win the second consecutive game of the series by the huge margin of 275 runs and now they are ahead by 2-0 in the 5-match Test series.

Also, Jhye Richardson’s 5-wicket haul won’t help him to get a permanent slot in the team because, with the return of Cummins and Hazlewood to the squad on Thursday ahead of the Boxing Day Test, Richardson is expected to get dropped from the side.

Meanwhile, Richardson believes that having several good pacers in the team is a ” wonderful problem” for the selectors.

“The beauty of Australian cricket at the moment is we’ve got fast bowling stocks for days, I think that’s a wonderful problem for the selectors … to have. Whatever happens, happens.”

“I had an unfortunate first innings and then bowled a little bit better second innings. I’m happy to go either way. As long as we’re winning, then that’s all we can ask for,” he added.

If My Job Is To Hit The Stumps, Then That’s What I’m Going To Try And Do – Jhye Richardson

The 25-year-old pacer who made his comeback in the Test side almost after three years after recovering from shoulder issues said that his job is to hit the stumps and he tries to do it with being “a little bit skiddier on wickets”.

“If my job is to hit the stumps, then that’s what I’m going to try and do, Potentially being a little bit skiddier on wickets that are up-and-down, that may be an advantage.”

Jhye Richardson further stated: “Somewhere like (Sydney Cricket Ground) as well could be an advantage on day four and five when it starts to go up-and-down, Having those variations in the team is very important.”

Also Read: Ashes 2021-22: Whose Job Is It Then To Make Them Change? – Ricky Ponting Lashes Out At Joe Root For Criticising Bowlers’ Lengths

The post Ashes 2021-22: The Beauty Of Australian Cricket Is We’ve Got Fast Bowling Stocks For Days – Jhye Richardson appeared first on CricketAddictor.

Share
Facebook
Twitter
Pinterest
WhatsApp
Linkedin
Telegram
Previous articleBalle Balle Or Ballet, Vaani Kapoor Is Pro At Both
Next articleMy patient and I were born on the same day. It took a tragedy to bring us back together. | Expert Opinion – The Philadelphia Inquirer