Bigg Boss 16: Priyanka Chahar Choudhary asserts to Ankit Gupta that she will beat Shiv Thakare in his own game in this promo of the reality show : Bollywood News


It’s only been a few weeks since Bigg Boss 16 has premiered, and we’ve already witnessed plenty of drama among the contestants trying to win the game. Readers would be aware that a major showdown in the form of the captaincy battle unfolded between Priyanka Chahar Chaudhary and Shiv Thakare. The feud between the Udaariyan actress and the current captain of the house has only worsened with time. In her recent conversation with co-star Ankit Gupta, Priyanka speaks her heart out about Shiv and how he has mastered the game by being in the Bigg Boss house in the past, referring to his Bigg Boss Marathi stint. 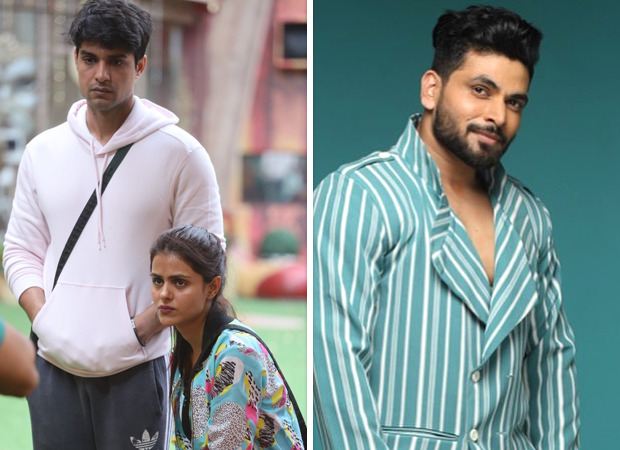 Bigg Boss 16: Priyanka Chahar Choudhary asserts to Ankit Gupta that she will beat Shiv Thakare in his own game in this promo of the reality show

We all are aware that Bigg Boss house is known for all the planning and plotting of games and it is currently in full swing in this season. In her conversation with Ankit Gupta, Priyanka Chahar Choudhary revealed that she has understood Shiv’s entire game and that he is a mastermind who is playing smart in the house. In the latest promo of Bigg Boss 16, Priyanka also added that she will beat him at his game soon.

Agreeing with Priyanka, Ankit further continued that he is surprised to see captain Shiv Thakare be friends with Shalin Bhanot after having been at loggerheads earlier. Changing equations are a constant in the house, but we wonder if the truce between the captain and Shalin part of any game plan. On the other hand, it is yet to be known what Priyanka is thinking about the game. While she was accused of being inactive at the start of the game, it seems like the actress really wants to pull up her socks for it.

Amid all the drama and chaos, the master of the house will also be announcing a light-hearted and fun segment. ‘Bigg Boss’ will be commanding all the contestants to spill gossip about one of them in the confession room. During this session, it is discovered that Manya Singh resents Soundarya Sharma because she only teams up with the contestant in power and has no feelings for anyone.

Bigg Boss 16 airs from Monday to Friday at 10 PM and Saturdays and Sundays at 9.30 PM on Colors and is also available on the streaming platform, Voot.