Earlier in September, actress Ananya Panday had taken to her Instagram and announced the sequel of Ayushmann Khurrana-starrer Dream Girl. Not only this, the video had also stated that the upcoming film will be releasing on June 29, 2023. However, Dream Girl 2 will be released a week before its original release date. 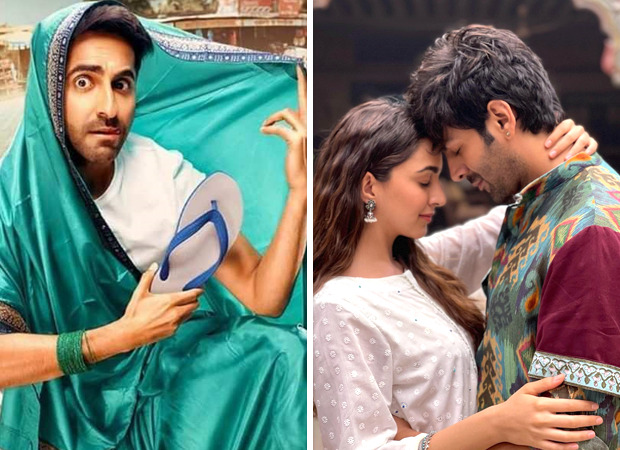 Breaking! Dream Girl 2 gets a new release date to avoid a clash with Satyaprem Ki Katha

Producer Ekta Kapoor decided to prepone the release to extend a token of support to her friend Sajid Nadiadwala, who is producing Satyaprem Ki Katha.

Talking about Dream Girl 2, as stated above, it was announced with a video. In the clip, a person was heard saying, “Bollywood ko nazar lag gayi hai.” (Bollywood has got evil’s eye). To which Ayushmann says, “Han bhai, DVD pe chala raha hoon fir bhi nhi chal rahi, isliye Mathura aaya hoon (Yes brother, that is why I am playing movie on DVD and still it is not working, hence came to Mathura).”

Along with Ayushmann and Ananya, the upcoming comedy-drama will star Annu Kapoor, Paresh Rawal, Manoj Joshi, Vijay Raaz, Seema Pahwa and Rajpal Yadav. Helmed by Raaj Shaandilyaa, it will be produced under Balaji Motion Pictures and ALT Entertainment. In the first instalment, Nushrratt Bharuccha had played the role of the leading lady.

On the other hand, Satyaprem Ki Katha will be produced jointly under the banners of NGE and Namah Pictures. Two weeks ago, Kiara Advani had announced the schedule warp for the film. It will be directed by National Award-winning filmmaker Sameer Vidwans.