make it to the end
HomeBOLLYWOODSBREAKING: Raksha Bandhan passed with zero cuts and 'U' certificate; is one...
BOLLYWOODS

BREAKING: Raksha Bandhan passed with zero cuts and 'U' certificate; is one of the SHORTEST Akshay Kumar films ever!

Akshay Kumar’s last film Samrat Prithviraj (2022) faced a tough time at the box office and its trailer had also got a mixed response. However, the trailer and songs of his upcoming film, Raksha Bandhan, has been received positively and the viewers, on the whole, are waiting to see it once it releases on August 11, which is also the day of the Raksha Bandhan festival. 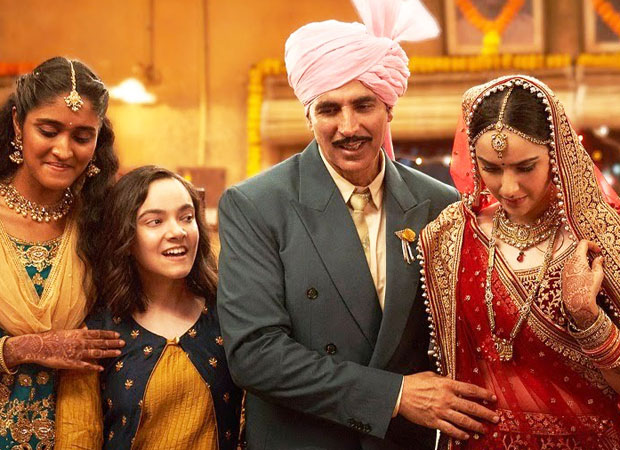 Bollywood Hungama has learnt that the film has been passed by the Central Board of Film Certification (CBFC) with a ‘U’ certificate. Moreover, the board hasn’t asked for any cuts at all.

A source told Bollywood Hungama, “The film is a clean family entertainer, as evident from its promos. Director Aanand L Rai has handled it sensitively and there was no need in the film for profanity or intimate scenes. Hence, the CBFC examining committee felt no reason to ask for any cuts or modification.”

An exhibitor told Bollywood Hungama, “The length of Raksha Bandhan is surprisingly less than two hours. We are happy as we’ll be able to accommodate it with Laal Singh Chaddha, which is 2 hours and 42 minutes in duration, which also releases on the same day. If Raksha Bandhan was also lengthy, it would have been a problem in sharing shows equally between the two especially in single screen theatres.”