Hollywood star Daniel Craig has received the same honor as his iconic character of James Bond. 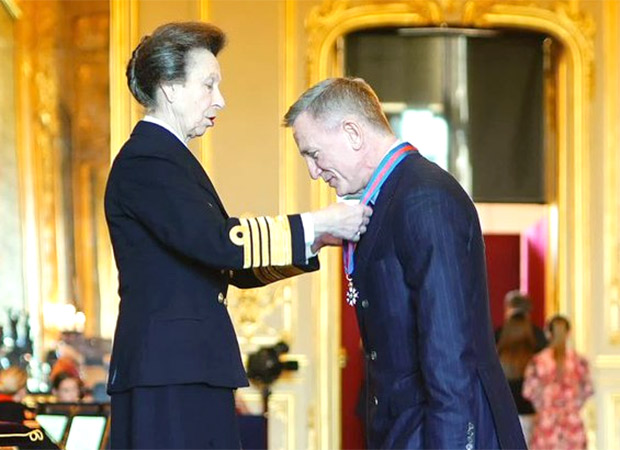 According to Entertainment Weekly, Princess Anne has awarded Craig the Order of Saint Michael and Saint George, a British order of chivalry founded in 1818. It’s the same honor Craig’s fictional 007 character received.

“We’ve been expecting you…” a tweet from The Royal Family’s official Twitter account reads, sharing a photo of the royal bestowing the honor unto Craig was shared on social media Tuesday.

We’ve been expecting you…

????️The Princess Royal presents Daniel Craig with The Order of St Michael and St George – the same honour held by his character James Bond – in recognition of his outstanding contribution to film and theatre. pic.twitter.com/X20TP6BogL

The celebrated actor starred in the last five Bond films, first appearing in Casino Royale in 2006 and ending his run with No Time To Die in 2021. Next, Craig is gearing up for his sequel film Glass Onion: A Knives Out Mystery. The sequel to the 2019 murder mystery film, Knives Out, premieres on Netflix in November.

Also Read: Terrifier 2: The clown horror film has adverse effects on US audience as people are fainting watching it