make it to the end
HomeBOLLYWOODSDDLJ Musical faces flak for casting white actor Austin Colby for the...
BOLLYWOODS

Ever since it was announced that producer Aditya Chopra is set to direct Diwale Dulhania Le Jayenge again and it will mark his debut as a director on Broadway, fans have been eagerly waiting to see who the cast members are. Come Fall in Love – The DDLJ Musical is being produced by Yash Raj Films. Based on an original story by Chopra, the musical will feature lyrics by Laurence Oliver Award-winner Nell Benjamin (Legally Blonde, Mean Girls), and Vishal Dadlani & Shekhar Ravjiani will serve as composers. Now, they have found their Raj and Simran but also facing flak for casting a white actor for the role of Raj. 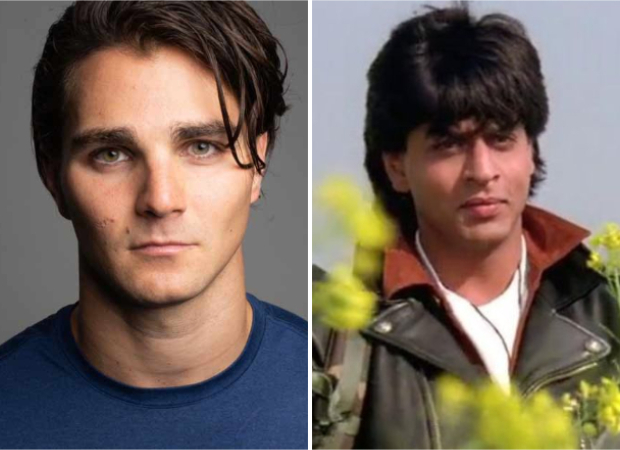 Come Fall in Love – DDLJ Musical has a western twist to it with Raj becoming Rog (Roger Mandel). It will be played by American actor Austin Colby who will step into the shoes of Shah Rukh Khan. However, Kajol’s Simran will be played by Indian-American actress Shoba Narayan. Austin shared the news on his Instagram and wrote,  “A few months ago, I had never heard of the film Dilwale Dulhania Le Jayenge (DDLJ) or known of its global impact. I am in awe of this beautiful love story, celebrating Bollywood film at it’s finest. And now, to have workshopped Come Fall In Love – The DDLJ Musical under the original director, Aditya Chopra, and trusted with the role of Raj (now Rog) to bring Bollywood to Broadway as a reimagined, inclusive cultural experience will undoubtedly be the greatest honor of my career. I hope I make you proud, @iamsrk.”

The cast of Come Fall in Love – The DDLJ Musical is officially in rehearsals! These are just some of the cast members of the stage musical adaptation of the beloved hit romantic-comedy film. Get tickets now: https://t.co/79MquqDX5Y pic.twitter.com/mG4pLyJIVK

But, as the news was announced, it didn’t sit well with the fans as many called out the makers for casting a white actor for the role of Shah Rukh Khan. Chef Vikas Khanna was amongst few who expressed his disappointment.

Raj is our childhood, youth, love & pride.
Many Westerners will never understand what DDLJ means to us.

Let’s not make our kids feel less on our own stage #DDLJMusical pic.twitter.com/VZZZazMd37

this is beyond HORRIFYING. So broadway is adapting the iconic Bollywood movie, DDLJ into a musical and guess who they cast to play Raj… YES A WHITE MAN pic.twitter.com/2bGqu4GbLc

adi chopra casting a white man in the broadway ddlj musical tracks because he wanted Tom Cruise to play the protagonist in the movie (yash chopra vetoed it thank god)..just truly horrible from every aspect though, whitewashing the role of Raj.

Why’d they whitewash Raj in the DDLJ musical? ???? pic.twitter.com/497qeXZNY9

In a statement, filmmaker Aditya Chopra reveals that he has set out to make the original Indo-American story.  “26 years later I’m going back to my original vision of the story of DDLJ, a love story of an American boy and an Indian girl, a love story of two cultures… two worlds. But this time the medium is not cinema but theatre. 26 years later I will be directing DDLJ all over again but this time as an English language Broadway musical for a worldwide audience,” he said.

“I’m terribly nervous and incredibly excited. I’m a hardcore cinema guy, I have never done theatre in my life and here I am trying to pull off the craziest ambition of my life. But what is giving me confidence is the fantastic team that I have. Each one of them are masters of their field and their brilliance and expertise is going to make this a fantastic showe e you on stage in Autumn 2022 with ‘Come Fall In Love – The DDLJ Musical,” he added.

Come Fall in Love – The DDLJ Musical is set to be on stage in the Broadway season of 2022-2023, with a World Premiere at the Old Globe Theatre in San Diego in September 2022. A global casting search begins shortly headed by Duncan Stewart of Stewart/Whitley casting and Yash Raj Films casting head Shanoo Sharma.

ALSO READ: Aditya Chopra to make his Broadway debut as director with the musical adaptation of Dilwale Dulhania Le Jayenge