Delhi minister Satyendra Jain arrest: All you want to know about the case 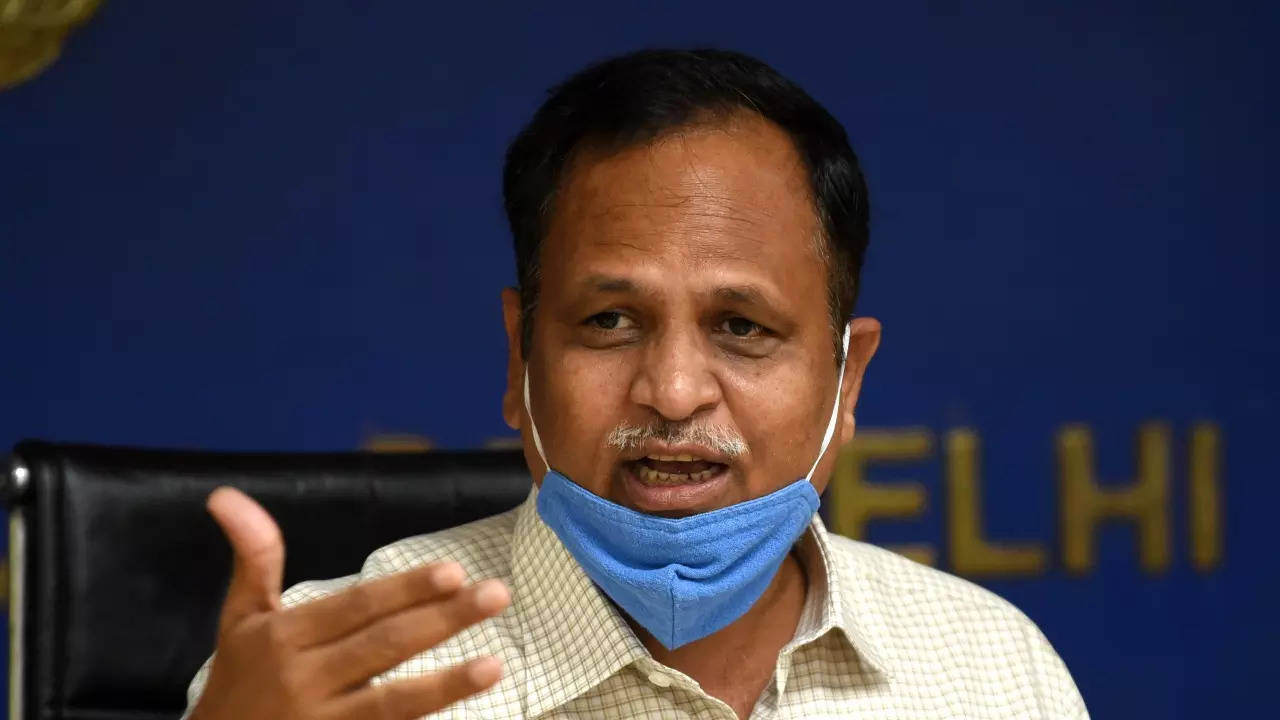 NEW DELHI: Delhi minister Satyendar Jain was arrested by the Enforcement Directorate (ED) on Monday in a money laundering case, with his Aam Aadmi Party (AAP) calling it a political move ahead of the Himachal Pradesh assembly polls.

The minister was taken into custody under criminal sections of the Prevention of Money Laundering Act (PMLA) after a few hours of questioning, ED officials said. They alleged he was “evasive” in his replies.

The money laundering case against the AAP minister stems from an August 2017 FIR filed by the CBI against him and others on charges of alleged possession of disproportionate assets.

The minister is expected to be produced before a designated court on Tuesday.
All you want to know about the case details:
In April, the ED had said that assets worth Rs 4.81 crore of Jain’s family and companies “beneficially owned and controlled” by him were provisionally attached as part of a money laundering probe against him.

The probe found that “during the period 2015-16, when Satyendar Kumar Jain was a public servant, the companies beneficially owned and controlled by him received accommodation entries to the tune of Rs 4.81 crore from shell (paper) companies against cash transferred to Kolkata-based entry operators through the hawala route.