Arjun Kapoor is currently on his toes promoting his upcoming film Ek Villain 2. He shares the screen space with Tara Sutaria, Disha Patani and John Abraham in this one. The trailer has left everyone intrigued. Apart from the trailer, the actor recently hit headlines for his humble nature. In a video that has made his way to the internet, Arjun Kapoor’s fans are hailing him for directing the paparazzi towards safety.

Arjun Kapoor‘s caring side toward paps

In the video, we see paparazzi gathered at a location to click Arjun Kapoor. It is on road and shutterbugs have surrounded him blocking the road. He then asks everyone to move towards the side so that nobody gets injured. It appears to be a busy street with many cars passing by. As he asks everyone to move, he also says that ‘hamara naam kharab hota hai’ when paparazzi gets hurt. His fans are showering love on him for being humble and caring. There are a few who are also bashing him by saying that he is doing all of it so that the name of stars do not get spoilt. Watch the video and reactions below: 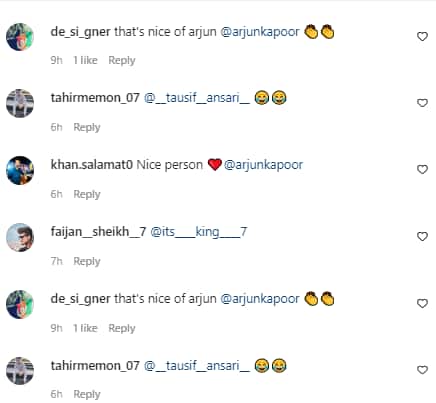 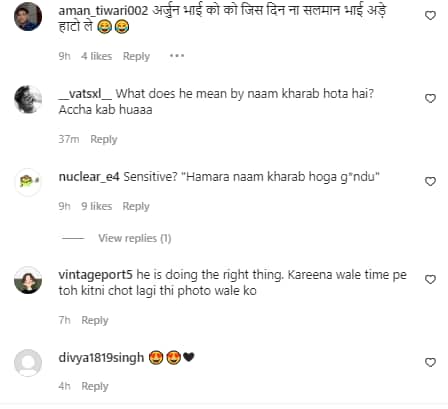 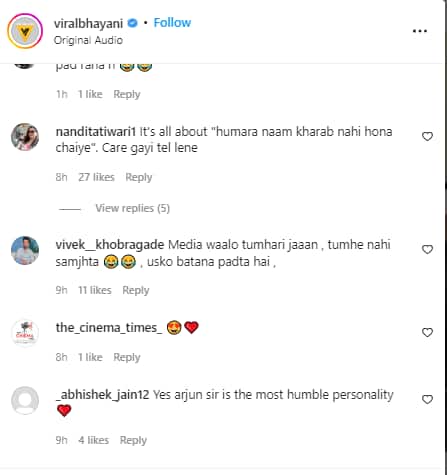 While Arjun is busy with the promotions of his film, he recently even got hailed for his reaction towards Ranveer Singh’s nude photoshoot. He was asked to comment on Ranveer getting trolled for the same. He said, “It’s his life, his choice, and his social media. He felt it was the right thing to do. He did it. He wants to celebrate himself, he is being comfortable in his skin and we should respect that. Having an opinion is fair. I don’t believe in giving importance to the trolls anyway because people will always say something.”

Share
Facebook
Twitter
Pinterest
WhatsApp
Linkedin
Telegram
Previous articleWatch: Shardul Thakur Clean Bowls Nicholas Pooran Behind His Legs For 74
Next articleSmriti Irani slammed as the netizens claim she is 'lying' about her daughter Zoish Irani NOT being an owner of restaurant in Goa