Sreejita De created quite a stir when she was in the Bigg Boss 16 house after she had a showdown with former beauty queen Manya Singh. The latter insulted her by addressing her as ‘a mere television actress’ and many celebs from the industry came in support of their co-star. However, all of it didn’t last very long as the journey of the Uttaran actress came into end, earlier than all of us thought. She became the first contestant to be eliminated from Bigg Boss. In an exclusive conversation with Bollywood Hungama, Sreejita De spoke about how she would miss the Bigg Boss house but she also revealed about the mind games her Uttaran co-actress Tina Datta played with her during her stint in the house. 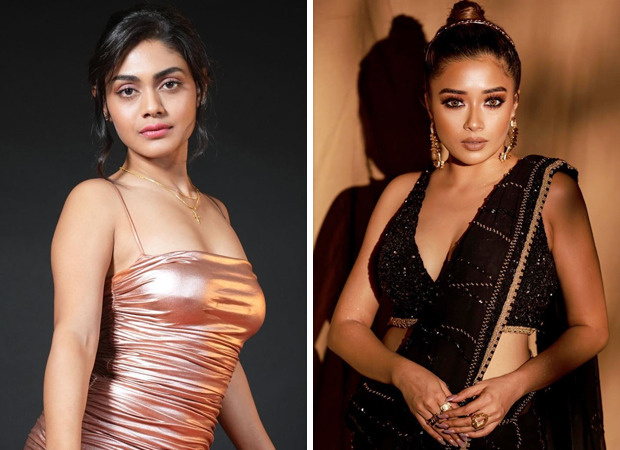 Sreejita De revealed about the manipulating nature of Tina Datta and how she tried to turn people against her during her stay in the Bigg Boss house. Before entering the house, the actress had revealed that she would treat Tina like any other contestant and that their bond is unlike the sisterhood bond they shared onscreen in their popular show Uttaran. “Now that I’m out, I get to see that she in many situations, was trying to manipulate her friends against me and trying to backstab me. She was talking bad about me behind my back. So, I should have been bang on and I should have been giving  that back to her. But inside the house, when I was staying, I honestly didn’t know.”

“She came to me a couple of times, and she was talking about the fact that let’s play together. And let’s stick together. And together we can be stronger. I felt this statement very lame, because I have no equation with her. No connection with her,” she shared.

“I decided I will not play with her because I believed that I am not a weak contest who would have to hold someone’s hand to become stronger or to go far in the show. Now that I see a lot of things, I feel disappointed that a lot of things I should have done or I should have directly attacked her.”

The actress also revealed about how, in the past, her equation with Tina was never on great terms but she decided to let go of that because it was a new show. “I didn’t forget what she did with me in the past, but I definitely had forgiven her because it’s a new show. It’s a new house and you need to give her another chance about knowing her as a person,” Sreejita added.

“Backstabbing is a different thing. I always knew that that this is what she’s doing, talking about me behind my back. But as I didn’t have any proof, I didn’t attack her directly and staying with her was not very healthy or comfortable,” she revealed.

But the actress is glad that she learnt certain lessons that are for life. “I think I have learnt small things, which I got to learn by staying in the house. After my stay, I have become more patient, calmer, and stronger,” she concluded.