make it to the end
HomeBOLLYWOODSEXCLUSIVE: Ishaan Khatter features in a cameo in Leonardo DiCaprio-Jennifer Lawrence starrer...
BOLLYWOODS

There was a time when there was minimal cultural representation in Hollywood films and a handful of Indian actors were seen in their films. However, today, the times have changed. Not just actors of the Indian diaspora but also those of other communities have got an adequate number of films and even screen time. Speaking of Indian actors, Priyanka Chopra has stood out. She did the unthinkable as she got a lead show in her name, ‘Quantico’, and later appeared in several films, including the recently released The Matrix Resurrections. Late actor Irrfan Khan, Aishwarya Rai Bachchan, Mallika Sherawat, Anil Kapoor, Naseeruddin Shah, Kabir Bedi, etc have also been featured in American films and impressed audiences on a global scale. 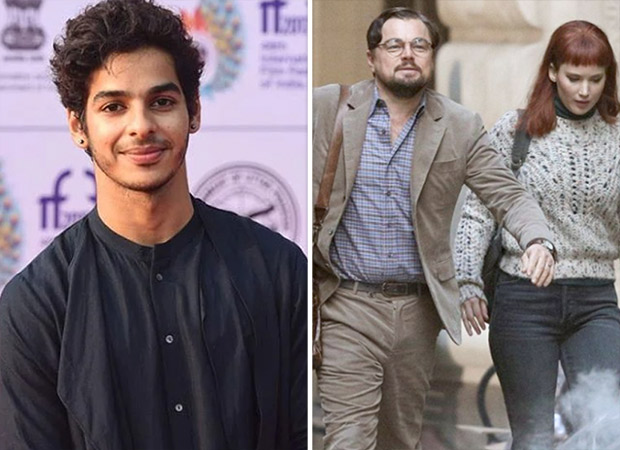 Bollywood Hungama has now exclusively learnt that another actor has also joined this list. Ishaan Khatter features in the upcoming Netflix movie, Don’t Look Up, featuring Leonardo DiCaprio and Jennifer Lawrence. A source told Bollywood Hungama, “He is there for hardly around 10 seconds. Nevertheless, it is a fun cameo and would surely be noticed and liked by the audience. It also comes up all of a sudden and hence, audiences in India would be pleasantly surprised.”

Don’t Look Up releases on Netflix on Friday, December 24. It is the story of two low-level astronomers who discover that a Comet is fast approaching Earth with the potential to destroy life. How it leads to madness of the unexpected kind is what the film is all about. Besides Leonardo DiCaprio and Jennifer Lawrence, Don’t Look Up also stars Meryl Streep, Jonah Hill, Rob Morgan, Mark Rylance, Timothée Chalamet, and others. Another Indian-origin actor, Himesh Patel, is also a part of the film’s star cast.

Interestingly, the IMDb page of Don’t Look Up already features the name of Ishaan Khatter in the star cast. As per the website and the end credits, his character is named Raghav Manavalan.

This isn’t the first international project of Ishaan Khatter. He started his acting career with Beyond The Clouds (2018), directed by acclaimed Iranian director Majid Majidi. He also played an important part in Mira Nair’s international series, A Suitable Boy (2020). His chemistry with Tabu was much appreciated. Don’t Look Up, however, will be his first Hollywood film. Ishaan’s Hindi films include Dhadak (2018) and Khaali Peeli (2020). His upcoming films are Phone Bhoot, co-starring Siddhant Chaturvedi and Katrina Kaif, and the war film, Pippa.