make it to the end
HomeBOLLYWOODSKabir Khan reveals why Kapil Dev’s daughter Amiya assisted him for Ranveer...
BOLLYWOODS

The Ranveer Singh starrer 83, directed by Kabir Khan hits screens today. Based on India’s iconic win at the 1983 World Cup, the film has been one of the most talked-about and keenly anticipated releases of recent times. Going by the reviews, critics have lauded the film, with expectations of a grand opening at the box office. As the film releases, Kabir Khan was in conversation promoting the venture where he revealed why he had Kapil Dev’s daughter Amiya Dev assist him for 83. 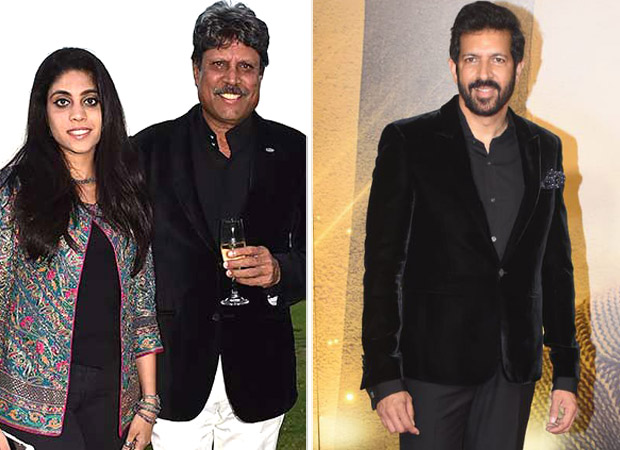 Speaking about Amiya assisting him, Kabir says, “Each time we needed verification of some detail from the 1983 match, we would make her call up her father and his colleagues from the World Cup. Luckily we had Kapil Dev’s daughter Amiya on board as an assistant. It could be something as trivial as the colour of a player’s gloves on the field that historic day in 1983…We had to get every detail right. We have thousands of people out there with every detail of the match etched vividly in their memory. We didn’t want to be caught on the wrong foot.”

Also Read: “If theatres continued to be inoperative we would have no choice but to consider OTT” – Kabir Khan