make it to the end
HomeBOLLYWOODSKaran Johar gets accused by Twitterati for taking Alia Bhatt’s name too...
BOLLYWOODS

Filmmaker Karan Johar recently became a victim of social media troll for his ongoing show Koffee With Karan 7 that premiered on Disney+Hotstar. The celebrity chat show, that has already come into the radar multiple times owing to its controversial conversations and at times, scandalous revelations, that has often left celebrities in trouble. And this time around, it is the host who is getting trolled for taking the name of his ‘Student Of The Year’ Alia Bhatt many number of times on the show. 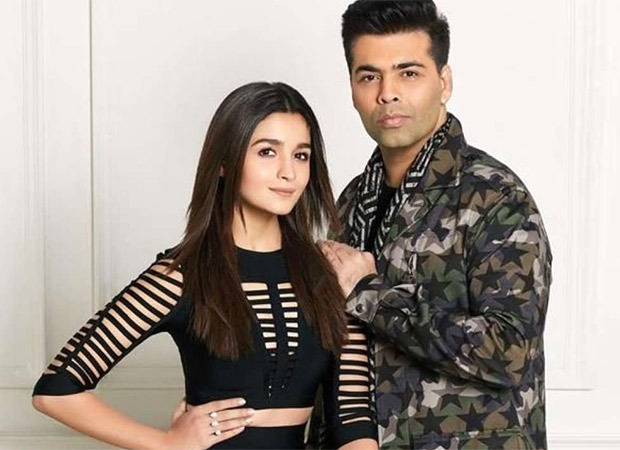 After the premiere of the third episode of Koffee With Karan 7 featuring Vijay Deverakonda and Ananya Panday as guests, the netizens took to social media to question Karan Johar about why he takes Alia Bhatt’s name so many times during the show. “If there was a drinking game where we had to take a shot every time Karan mentioned Alia’s name, we’d be drunk by the end of the show #KoffeeWithKaranS7 #KoffeeWithKaran #KoffeeWithKaran7 #KoffeewithKaranSeason7 #KoffeeWithKaranOnHotstar,” commented a twitter user. Karan Johar replied to it adding, “Please don’t be sad about that! It’s a good name to take my friend! You try it! May turn out to be luck for you as it is for me! #aliaforever #koffeequotetweet”

Please don’t be sad about that! It’s a good name to take my friend! You try it! May turn out to be luck for you as it is for me! #aliaforever #koffeequotetweet https://t.co/skwdN2xsjQ

Besides these, there were some other trolls included about manifesting relationships which the filmmaker often asserted happens on the couch. From Alia Bhatt taking Ranbir Kapoor’s during one of her first appearances on Koffee With Karan to Katrina Kaif talking about Vicky Kaushal, the director-producer maintained that couch is a place where you manifest the thoughts. But a twitter user seems to disagree with it. “Karan Johar needs to stop talking about manifesting relationships. The needle is stuck. #KoffeeWithKaranS7,” said the user. And the filmmaker’s response was, “Like my own love life! Maybe that’s why! Any suggestions Ma’m? #koffeequotetweet”

Like my own love life! Maybe that’s why! Any suggestions Ma’m? #koffeequotetweet https://t.co/iFTlkkQ2Oa

Coming to the show, Koffee With Karan 7 airs on only the OTT Platform Disney+Hotstar at 7pm on Thursdays. While the promo of the next episode is yet to be released, we believe it will feature Aamir Khan and Kareena Kapoor Khan, who will be attending the show as co-stars of their upcoming release Laal Singh Chaddha.