make it to the end
HomeBOLLYWOODSKartik Aaryan and Kiara Advani to launch the song 'De Taali' from...
BOLLYWOODS

Kartik Aaryan and Kiara Advani are leaving no stone unturned to promote their upcoming film Bhool Bhulaiyaa 2. The trailer of the film which was released a couple of weeks back received a lot of love from the audience. The title track of the film, too, was equally well received by the audience. Now, the makers are all set to launch the song ‘De Taali’ from the film, a week before the film’s theatrical release. 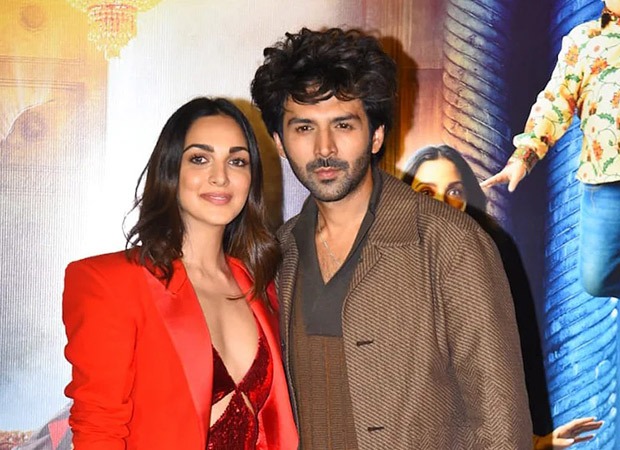 For the launch of the song, Kartik and Kiara will be taking an adventure ride.  The duo along with the film’s director Anees Bazmee, producers Bhushan Kumar and Murad Khetani will be launching the song at Imagicaa Theme park. For the first time ever, a co-branded horror ride named on the forthcoming movie Bhool Bhulaiyaa 2 will be seen.

Directed by Anees Bazmee, Bhool Bhulaiyaa 2 also stars Tabu and Rajpal Yadav. The film is a sequel to the 2007 blockbuster starring Akshay Kumar, Vidya Balan, and Shiney Ahuja. However, the second part is a completely new story with new characters. The film will be released on May 13.