The trio of Katrina Kaif, Priyanka Chopra, and Alia Bhatt will be coming together for the first time for Jee Le Zaraa. Needless to say, the anticipation for it is very high. However, the actresses are yet to kick off the film as it has been pushed further owing to Alia Bhatt’s pregnancy. Priyanka Chopra too is currently enjoying her new phase of motherhood. On the other hand, Katrina Kaif too, is expected to have a packed schedule with Phone Bhoot and then later, Merry Christmas in the pipeline. While the actress has interesting projects in the pipeline, she is still quite excited for this Zoya Akhtar venture because it is all about the girl gang. 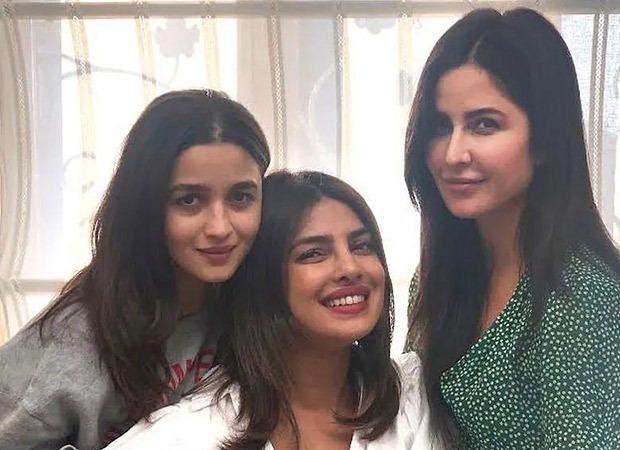 Readers would be aware that, it was earlier revealed that the film will be a female centric drama revolving around a road trip. Now speaking about how excited she is about the project and talking about the film, Katrina Kaif said to Pinkvilla in an interview, “Jee Le Zaraa is a super exciting film. And on that film, I’m going to be taking the whole range of makeup (from her beauty brand) to the girls and be like ‘Girls now that you have to use this’. We’re all looking forward to it. That film’s had its journey, yes but I think when finally it does happen it’s gonna be a lot of fun.”

Katrina Kaif is currently promoting the horror comedy Phone Bhoot along with Ishaan Khatter and Siddhant Chaturvedi in which she will be seen in the role of a ghost for the first time. Besides these two films, she will be sharing screen space with the Tamil superstar Vijay Sethupathi in Sriram Raghavan’s Merry Christmas. The actress will also return as the leading lady of Salman Khan in Tiger 3 that features Emraan Hashmi as the antagonist.

The Latest On Proceedings – Hollywood Life