KHUDA HAAFIZ CHAPTER 2 – AGNI PARIKSHA is the story of a man trying to protect his family. After the events of the first film, Sameer (Vidyut Jammwal) and Nargis (Shivaleeka Oberoi) return to Lucknow after the former successfully rescues the latter from the flesh trade. One year has passed. Nargis still gets nightmares of her traumatic experience in Noman. She is taking therapy and also under medication. Sameer is trying his best but Nargis has become lifeless. She has changed multiple jobs due to her Noman experience and often gets taunted for it. Meanwhile, Deepak (Deepak Tokas), a friend of Sameer, faces a huge tragedy. His brother and sister-in-law pass away in an accident, leaving their five-year-old daughter Nandini (Riddhi Sharma) behind. Deepak is unable to take care of Nandini and wants to put Nandini up for adoption. Sameer stops him from doing so. He decides to adopt her and brings her home. Nargis, at first, is aloof but later warms up to Nandini. The three start living together happily. Thanks to the new member of their family, Nandini also gets better and rekindles her romance with Sameer. All is going fine until one day, Nandini is returning with Seema (Anushka Marchande), a teenage classmate in her school, like everyday. Suddenly, Basheshwar Thakur aka Bacchu (Bodhisattva Sharma) and his pals kidnap Seema. Nandini tries to stop them and even she’s taken hostage. Bacchu, a student in Seema and Nandini’s school, had tried to woo Seema. Since Seema rejected her advances, he abducted her. Both the kidnapped students are taken to a place outside Lucknow. Bacchu and his friends rape not just Seema but also Nandini. Then they take them to an abandoned field and are assaulted. When Sameer finds out about the kidnapping and when he realizes that the cops are not taking the matter seriously, he decides to find the girls himself. He successfully manages to locate both the girls in the field. They are taken to the hospital. While Seema survives, Nandini dies. Sameer and Nargis are shattered. Sameer finds out that Bacchu is the grandson of the very powerful Sheela Thakurji (Sheeba Chaddha). Sameer is advised to forget about the episode and move on as it’s impossible to take action against her or Bacchu. What happens next forms the rest of the story. 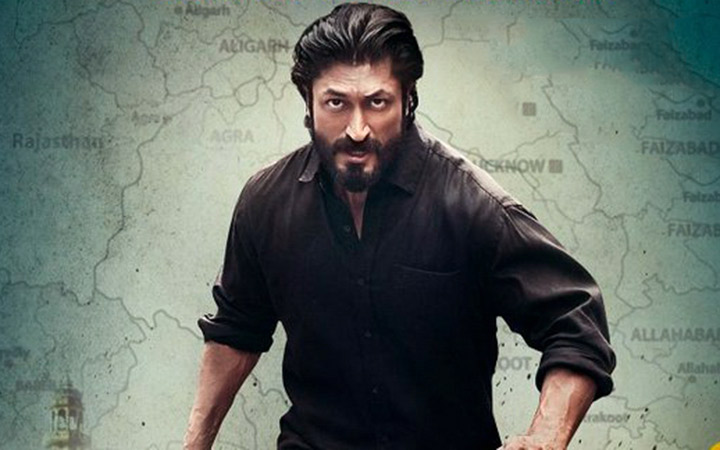 Faruk Kabir’s story is clichéd and at the plot level, it’s a routine revenge drama. Faruk Kabir’s screenplay is fine at parts but with the story being so predictable and without any twist, the writing doesn’t impress. Faruk Kabir’s dialogues are sharp in several places.

Faruk Kabir’s direction is decent. He has executed several scenes very well, especially in the first half. He also knows how to handle scale and enhance tension in scenes. The negative characters are quite intriguing and the way they get introduced, one expects a crackling second half, especially when Sameer goes on a revenge spree. Unfortunately, the director fails to do justice to them. The baddies get eliminated fairly easily. In fact, the manner in which Sameer is able to kill so many people, in India and abroad, and even gets bail, despite finishing off a gangster inside the prison, is very unconvincing. On top of it, the second half has no surprises. The first part had an interesting twist with regards to the cop character. Here, the second half is all about Sameer’s various killing episodes. Lastly, the violence is extremely gruesome and might put off even the male frontbenchers, who usually have a taste for such films.

Vidyut Jammwal has put in a lot of hard work, and it shows. Shivaleeka Oberoi has a fine screen presence, though she is relegated to the backseat in the second half. Sheeba Chaddha is quite menacing as the villain. Sadly, the director hasn’t done justice to her arc. Riddhi Sharma is cute while Anushka Marchande doesn’t get much scope. Bodhisattva Sharma is fine. Rajesh Tailang (Ravi Kumar) is excellent and it’s refreshing to see the character of a sensitive journalist in a Hindi film. Rukhsar Rahman (Dr Roshni Acharya) is adorable. Ritik Ghansani (Saaharsh, Seema’s brother), Ashwath Bhatt (Kamlesh Thakur) and Ishtiyak Khan (Shailendra Thakur; Thakurji’s driver) are wasted. Danish Hussain (Talha Ansari; Sameer’s cellmate in the prison), Bachchan Pachehra (Shivram, Ice-cream seller) and Satish Sharma (Inspector Amit Tyagi) leave a mark. Dibyendu Bhattacharya (Rashid Qasai) does well but his character is hardly there. Siddharth Bhardwaj (Badar Khalu; Talha’s brother) and Monica Sharma (Kalki; Thakurji’s keep) are fair. Varun Pande (Jaiswal; Prison don) is scary. Deepak Tokas is okay.

On the whole, KHUDA HAAFIZ CHAPTER 2 – AGNI PARIKSHA fails to reach the level of the first part and disappoints due to the predictable storyline and disturbing action scenes. At the box office, it’ll face a tough time.