make it to the end
HomeBOLLYWOODSKoffee With Karan 7: Karan Johar calls himself 'flagbearer of nepotism'; Samantha...
BOLLYWOODS

Koffee With Karan 7: Karan Johar calls himself 'flagbearer of nepotism'; Samantha Ruth Prabhu on South industry's legacy: 'Nepo kids or non-nepo kids, everyone comes with their own demons'

Filmmaker Karan Johar is back on the coffee couch! Season 7 of Koffee With Karan kicked off on Disney+ Hotstar with Rocky Aur Rani Ki Prem Kahani stars Ranveer Singh and Alia Bhatt followed by actresses Janhvi Kapoor and Sara Ali Khan as guests in the second episode. As the buzz around the show increases, the Koffee With Karan couch saw Akshay Kumar and Samantha Ruth Prabhu who brought lively potboiler of glamour, secrets and witty one-liners. The hot topic of the episode was also nepotism and how Karan Johar is labelled as ‘flagbearer of nepotism.’ 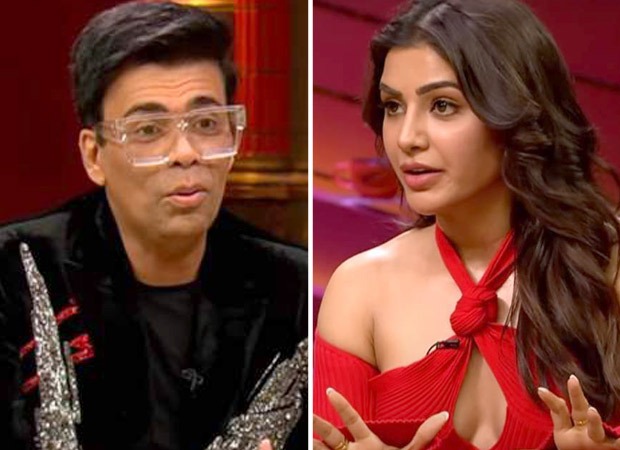 Karan Johar said, “I have to address the N word.” He went onto ask Samantha about the nepotism in Telugu industry as everyone’s related to everyone. She said, “I think it differs from apple to apple. Nepo kids or non-nepo kids, everyone comes with their own demons and their own demons to face. It is as simple, once you are in the game, even if your father is the coach, he is still standing on the sidelines. There is nothing he can possibly do for you to win the game. There is divine intervention and the ball is always in the audience’s court.”

Karan Johar later quipped and said, “Nepotism made me a jaani dushman. It is a brand now.” He added, “I have grown to accept it” when talking about backlash.

Samantha Ruth Prabhu is all set to entertain all of us with many projects in her lineup including Citadel with Varun Dhawan where she will again be reuniting with Raj & DK.

ALSO READ: Koffee With Karan 7: Samantha Ruth Prabhu says reports of her asking Rs. 250 crore in alimony from Naga Chaitanya ‘made up’