Back in August 2022, Bollywood Hungama had reported that Kriti Sanon and Shahid Kapoor would soon be seen sharing screen space. In fact, we had reported that the two would feature in a robot film with elements of romantic comedy that was being developed by none other than Dinesh Vijan. However, the film that was to be helmed by debutante director Amit Joshi ran into roadblocks in the form of budgeting. But now we hear that the venture is back on track, and the makers are all set to commence work on the film. 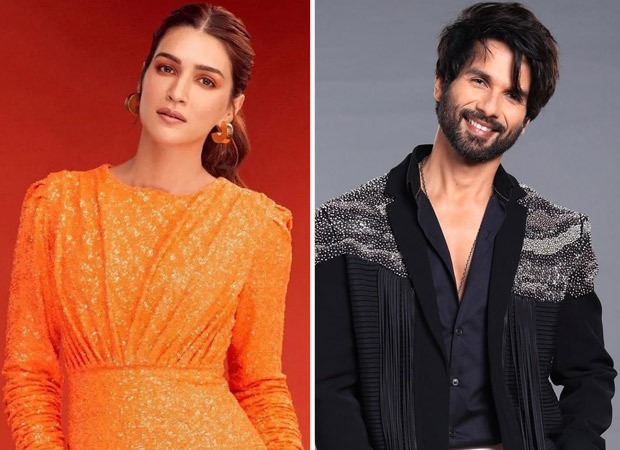 Kriti Sanon-Shahid Kapoor starrer back on track after latter slashes his price to Rs. 14 cr. for Dinesh Vijan

Commenting on the project a well-placed industry source tells Bollywood Hungama, “The film has finally taken off, and will begin soon.” Ask the source about the budgeting issues and how they were resolved, and he adds, “The issue came up due to Shahid Kapoor’s fees. The actor had quoted Rs. 30 cr. as his remuneration. However, now he has slashed his price down to Rs. 14 cr. This in itself has considerably lowered the overall budget.” Interestingly, Shahid Kapoor slashing his fees comes with certain conditions and riders. As the source continues to elaborate, “Shahid has for now settled with Rs. 14 cr. as his base price remuneration, but the rider is that he will receive a certain percentage of profits if the box office business of the venture crosses a certain threshold amount.”

While it certainly is good to hear that this yet untitled venture featuring a unique casting choice is back on track Dinesh Vijan’s Maddock Films are yet to make an official announcement regarding the same.

As for the film itself, the untitled venture is said to be a robot rom-com set against the backdrop of Indian culture and tradition set up. The story will feature a quirky take on the romance between a man and a machine, with Shahid playing a robotics specialist while Kriti will be seen as a robot. Interestingly, the film will be a cross between, the 2014 Hollywood film Ex Machina and the Life Ok sci-fi drama Bahu Hamari Rajinikanth