make it to the end
HomeBOLLYWOODSMom-to-be Alia Bhatt confirms her break from shoots in this wrap up...
BOLLYWOODS

Mom-to-be Alia Bhatt confirms her break from shoots in this wrap up video of Rocky Aur Rani Ki Prem Kahani; bids adieu saying, ‘Until next year’

Earlier this month, Alia Bhatt announcing her pregnancy took the internet by storm. The actress, who tied the knot with long-time boyfriend Ranbir Kapoor in a private ceremony in April 2022, announced the arrival of their first child in June 2022.  While the mom-to-be has wrapped up her Hollywood debut Heart of Stone, it seems that some of her Bollywood projects may probably be paused owing to her pregnancy. While it was being said that some portions of the Ranveer Singh starrer Rocky Aur Rani Ki Prem Kahani will be shot after she delivers, it seems that the actress has confirmed these details in a recent video. 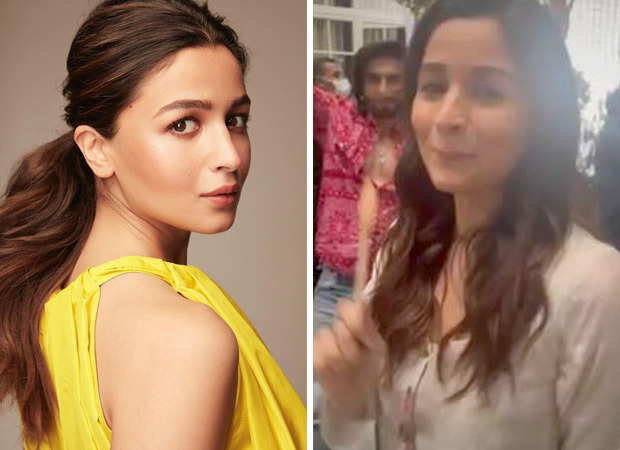 Alia Bhatt shared a video of the wrap up party of Rocky Aur Rani Ki Prem Kahani where she confirmed that even though the shooting schedule has been completed, they are yet to shoot a song and that she will be continuing with the film next year. Sharing it on her Instagram story, she added, “Going to miss the team so so so so much…. talkie wrap on Rocky Aur Rani but we have one fabbbbb song to go! Love you all to bitsssssss!!!!!! Until next yearrrrrr.”

Speaking about Rocky Aur Rani Ki Prem Kahani, the film will mark the reunion of the Gully Boy couple, Ranveer Singh and Alia Bhatt and the Karan Johar directorial will also have veteran actors like Dharmendra, Shabana Azmi, Jaya Bachchan among others as part of it.

As for Alia, the actress is currently promoting her Netflix film Darlings featuring her with Shefali Shah and Vijay Varma. The actress is also expected to join husband and co-actor Ranbir Kapoor when the duo kicks off the promotions of Brahmastra, which is slated to release on September 9, 2022.