After the recent outrage over the sexual harassment of Tina Datta after she hugs and kisses Abdu Rozik without consent in Bigg Boss 16, here’s another controversy over sexual exploitation. 12-year-old actress Riva Arora has suddenly returned to the limelight and not for a good reason. The actress, who walked out of the show Pavitra Bhagya, in which she played the role of Kunal Jaisingh and Aneri Vajani’s teenage daughter, has now featured in a music video alongside Karan Kundrra. The video did not go down well with the netizens owing to the massive age difference as well as because she was portrayed as an adult in the track. They took to the platform and did not mince words to express their disappointment over such content. 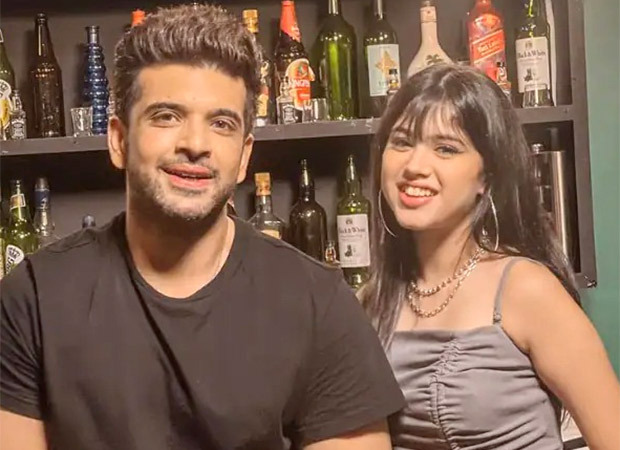 For the uninitiated, the video features Riva Arora as a consenting adult who indulges in infidelity as she cheats on her boyfriend with Karan Kundrra. Also, the video shows her on a date with Kundrra where she is also seen holding a drink. Not only did the netizens find it offensive that a 38-year-old man is romancing a teenager who isn’t even an adult but they also blamed Riva’s parents for giving her growth hormones and exploiting them to earn money. One user lashed out at the makers saying, “Riva Arora is a minor who is being sexualised. It is disgusting public pedophilia which is being accepted and enjoyed while her parents are thrusting her into it. She was made to do opposite Karan Kundra who is 38 years old in a romantic act. Didn’t the makers know her age?”

Yet another one blamed her parents adding, “Yikes ???????? Karan Kundra is 38 years old and other actor also looks like more than 20 years old. Riva arora(the child actor from URI) is just 12 years old. This video is posted on her Instagram. Her parents are also part of this. @KanoongoPriyank, @sharmarekha.” Furthermore a user added, “Just found out Riva Arora’s mother injected her with growth hormones that are usually given to fatten up poultry at age 11 so that she can grow her Instagram audience and get roles in films. We are hitting levels of Kaliyug that shouldn’t even be possible.” “Riva Arora’s  parents hv special place reserved in hell.. hw can some1 do this to their own child, sexualizing at such a young age..may be she likes glitz and glamour now but eventually would put her in lot of mental stress in future. These kind of parents should be jailed,” stated another user.

“It gets worse… here’s a current video that went viral in the media of #KaranKundrra and some other guy doing a “relationship reel” on Instagram with #rivaarora this is vile because SHE IS 12!! HE IS 38! ???? Look at the big heels they put her in to make her taller ??” said one of them.

It gets worse… here’s a current video that went viral in the media of #KaranKundrra and some other guy doing a “relationship reel” on Instagram with #rivaarora this is vile because SHE IS 12!! HE IS 38! ????????

Look at the big heels they put her in to make her taller ???? pic.twitter.com/lxUhuibs0S

The music video in question is titled ‘Akhiyan’. While the video was also shared on the official Instagram page of Riva Arora, followed by the outrage, it seems that they have pulled it down.