make it to the end
HomeBOLLYWOODSPoonam Pandey applauds Ranveer Singh’s naked photoshoot; says he beat her at...
BOLLYWOODS

Poonam Pandey applauds Ranveer Singh’s naked photoshoot; says he beat her at her own game

Poonam Pandey, who is known for her bold posts on social media, recently was quite awestruck by Ranveer Singh. The actor bared it all for a recent magazine photoshoot and needless to say, his photos have taken the internet by a storm. And now, Poonam, who came across the photoshoot, not only shared photos of the ’83 actor but she also believes that he beat her at her own game. 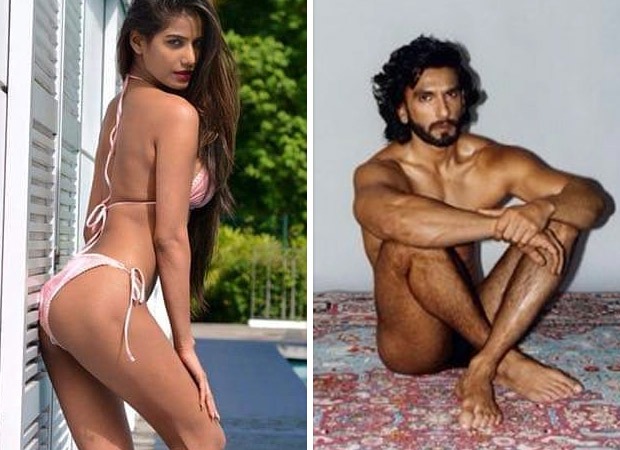 Poonam Pandey took to Twitter to share her thoughts on the recent bold photoshoot of Ranveer Singh. She shared these two photos from the actor’s photoshoot and said, “You beat me at my own game. @RanveerOfficial.” The Gully Boy actor also gave a rather candid interview to the Paper magazine but it was his candor in the photoshoot that has been garnering more and more attention not just from fans but also colleagues. Looks like Poonam Pandey is one of them. Here have a look at her post:

Speaking about his interview to the magazine, Ranveer had said, “I’m so hungry for work, to do, to give, to perform, to ideate, to create, to collaborate. I have a ravenous appetite for work, I’m doing 20 hours a day and I’m damn fucking happy about it.” But the last two years have taken a harder toll on him, as on all of us. It lurks just beneath the surface when he speaks, an edge of madness that’s been freshly sharpened.

As for work, Ranveer Singh will next be reuniting with Simmba filmmaker Rohit Shetty for Cirkus which also stars Pooja Hegde in the lead. He also has Rocky Aur Rani Ki Prem Kahani in the pipeline but the film is expected to face a slight delay owing to Alia Bhatt’s unexpected pregnancy.