make it to the end
HomeBOLLYWOODSRadhe Shyam to have a special show in SECOND LARGEST IMAX screen...
BOLLYWOODS

Radhe Shyam to have a special show in SECOND LARGEST IMAX screen in the WORLD at Melbourne, Australia on January 14

In the last few years, certain South language films have been dubbed in Hindi and emerged as successes, like 2.0 (2018), KGF (2018), and the recently released Pushpa: The Rise – Part 01, starring Allu Arjun. However, the film that boosted this trend was the Baahubali series, starring Prabhas as the protagonist. While the first part, Baahubali: The Beginning (2015) was a huge success, the sequel, Baahubali 2 – The Conclusion (2017) emerged as an all-time blockbuster, earning Rs. 510.99 crore in Hindi alone. His subsequent film, Saaho (2019), also turned out to be a super-hit. It earned Rs. 142.95 crore, despite negative word of mouth. As a result, the expectations are huge from his next flick, Radhe Shyam. 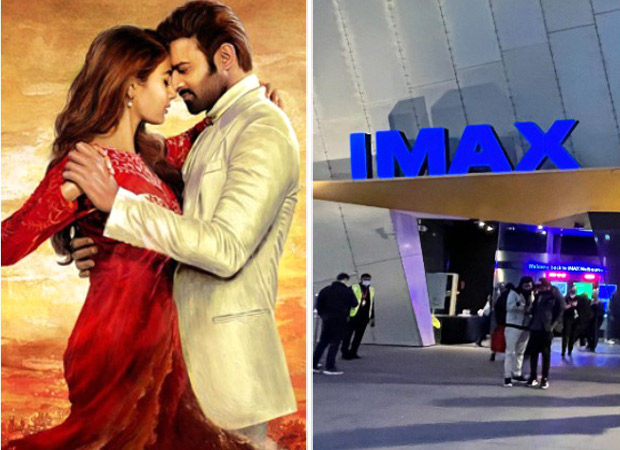 It has now come to light that his fans in Australia are in for a treat. A special event screening of the film will take place on Friday, January 14, 2022, the day of its release, on the IMAX screen in Melbourne. The show will be held at 7:30 am. Interestingly, this was the world’s largest IMAX screen until September 2021. A few months ago, the IMAX auditorium at Leonberg, Stuttgart, Germany, measuring 144 feet × 75 feet in size took over the honour of being the world’s largest IMAX screen. The Melbourne IMAX screen measures 105 feet × 75 feet.

An industry insider tells Bollywood Hungama exclusively, “This is one of the best IMAX screens in the world and it’ll be a treat for Prabhas fans to experience Radhe Shyam there. The film looks like a visual spectacle, after all.”

Though it’ll be screened in IMAX, Radhe Shyam has not been remastered into the IMAX format. It won’t even have a release in any other IMAX screen in the world.

The tickets for this special show of Radhe Shyam have already gone live and are fast filling. The website of IMAX Melbourne also mentions that the movie is 155 minutes long, that is, 2 hours and 35 minutes long, excluding intermission.