Hrithik Roshan and Saif Ali Khan starrer Vikram Vedha has indeed managed to grab the attention of the audience despite being a remake. Ever since its inception, fans were eagerly waiting to experience the sheer joy of seeing the cast on the silver screen. However, did you know that Hrithik Roshan deliberately delayed an entire schedule? 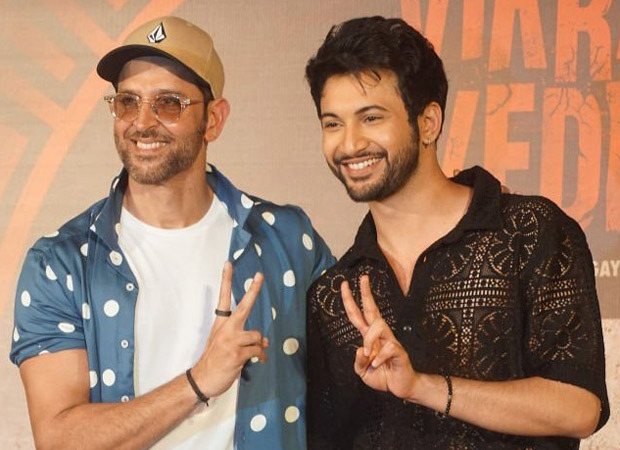 Hrithik Roshan’s co-star Rohit Saraf, who played Vedha’s younger brother in the film, revealed that the former had pushed an entire schedule. In a recent conversation with Puja Talwar, Saraf shared how he was excited to share the screen space with Hrithik Roshan. However, he was in a dilemma when the shoot dates of Vikram Vedha and the second season of his web series Mismatched clashed.

The Dear Zindagi actor said, “I just hoped to not be in a situation where I would have to leave this film because my dates were not available. I would be so upset about it, that’s exactly what happened. Dates (for the Vikram Vedha and Mismatched shoot) were exactly the same.”

The Sky Is Pink actor also added, “Hrithik sir called my Mismatch director Akarsh Khurana, and he said ‘I need him (Rohit Saraf) to come and do this part because I believe he is perfect for it’. That’s when Akarsh managed some days. But then, Hrithik sir understood we couldn’t cancel the entire schedule of Mismatched here. So, the entire schedule of Vikram Vedha got pushed by 5 days. They waited for me to come and be a part of it.”

He then revealed, “When I heard Hrithik sir himself called my director to get my dates, that day I was like ‘even if this film doesn’t work out I’m ok with it because I know what this means to me. How big of a deal this is.”

Talking about Vikram Vedha, the film was released on September 30. Along with Saif, Hrithik, and Rohit, the film also featured Radhika Apte as the lead. On the other hand, Netflix India recently dropped Mismatched 2.

Also Read: Did Hrithik Roshan hint at the POSSIBILITY of a sequel to Vikram Vedha?