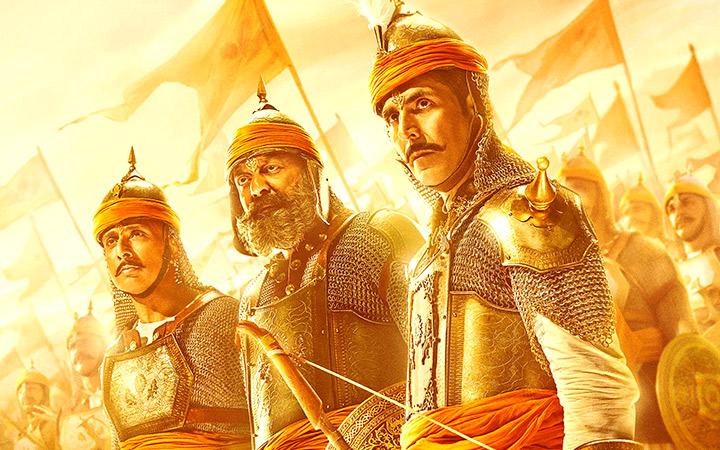 Dr Chandraprakash Dwivedi’s direction is fine. He has handled the grandeur very well and a few scenes are executed exceptionally. It is evident that he has given his all to this project. However, a few developments give a déjà vu of films like BAJIRAO MASTANI [2015], PADMAAVAT [2018], PANIPAT [2019] etc. The pacing is neat but, in a few places, the narrative moves quite swiftly. This is especially in the second half, where the second battle of Tarain is just not shown and it hampers the impact.

SAMRAT PRITHVIRAJ starts on an intriguing note. The entry of Akshay Kumar will leave you stunned. The first battle of Tarain is clapworthy. The film then drops and picks up beautifully during the intermission point. In the second half, the sequence where Prithviraj Chauhan asks Sanyogita to sit next to her in the durbar is arresting. The climax is truly applause worthy.

Akshay Kumar looks quite dashing and his performance in the Ghazni portions is great. In the rest of the scenes, his performance is subdued yet impactful. Manushi Chhillar makes a confident debut. She looks stunning and delivers a decent performance. Sonu Sood (Chand Vardai) is excellent in a supporting role. Sanjay Dutt (Kaka) gets to play an interesting character but it turns out to be a caricature. Manav Vij is superb as the antagonist. Ashutosh Rana is dependable. Sakshi Tanwar (Jaichand’s wife) is okay. Manoj Joshi leaves a mark in a cameo. Anshuman Singh and Radha Bhatt get no scope.

Shankar-Ehsaan-Loy’s music fails to entice. Also, there are far too many songs in the movie. ‘Hari Har’ is the only song that stands out. It adds to the exhilaration and is quite catchy. ‘Hadd Kar De’ and ‘Yoddha’ have been shot very well. ‘Makhmali’ is nothing special. Sanchit Balhara and Ankit Balhara’s background score has a cinematic feel.

Manushnandan’s cinematography is top-class. Subrata Chakraborty and Amit Ray’s production design is detailed and realistic. Franz Spillhaus and Parvez Sheikh’s action is sans any gore and contributes to the entertainment factor. Sanjeev Rajsingh Parmar’s costumes are royal and authentic. yfx’s VFX matches global standards. Aarif Sheikh’s editing is neat but too quick in the second half.

On the whole, SAMRAT PRITHVIRAJ is an inspiring and entertaining saga of one of the greatest kings of Indian history. At the box office, its business will escalate from Day 2 onwards and has the potential to put up impressive numbers.