make it to the end
HomeBOLLYWOODSSanjay Leela Bhansali opens up on Gangubai Kathiawadi going to Berlin; says...
BOLLYWOODS

Sanjay Leela Bhansali opens up on Gangubai Kathiawadi going to Berlin; says "I haven't felt this level of enthusiasm for my cinema since Devdas went to Cannes"

Sanjay Leela Bhansali’s epic saga of a true-life female gangster Gangubai Kathiawadi is going to the Berlin Film Festival in February 2022. Barely able to contain his excitement Sanjay Bhansali in an exclusive chat with this writer said, “Not since the time when my Devdas went to Cannes have I felt this level of enthusiasm for my cinema being honoured internationally. The Berlin Film Festival is one of the best platforms for international cinema. Our film will be screened in the very prestigious Berlinale Special Gala section. I don’t know how many Indian films prior to this; have been screened in this section. But I am glad a mainstream Indian film will make its way to this posh platform.” 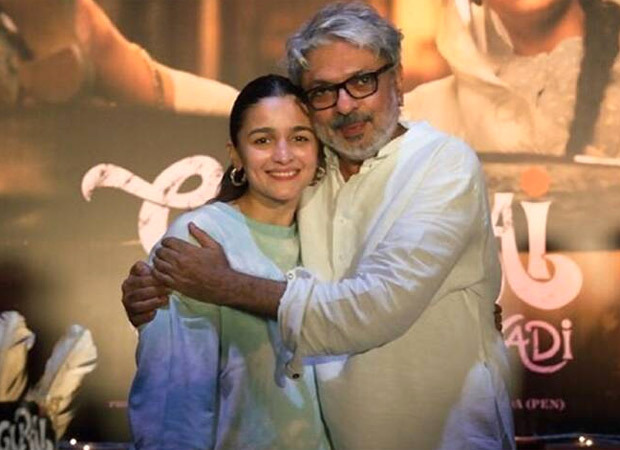 Berlin International Film Festival’s Artistic Director Carlo Chatrian said in a statement: “We are happy to premiere Gangubai Kathiawadi and continue the tradition of the Berlin Film Festival being a special setting for Indian movies. This time with a film that joins the usual craft in shaping camera movement and the choreography of bodies with a subject that is socially relevant, not only in India. From the very beginning we were taken by the story of Gangubai, an exceptional woman dragged into exceptional circumstances.”

Says Bhansali, “Coming from a cinephile of Carlo Chatrian’s standard this is very high praise. I don’t know why our mainstream films are not sent to international film festivals. Normally it is those esoteric arthouse films that are sent to international festival. Gangubai Kathiawadi is a celebration of mainstream cinema. It is dark yet flamboyant. It is my most restrained work to date.”

Sanjay Leela Bhansali feels it is time more of our films ensure a wider viewership the world over. “Any Indian film representing our country abroad which creates an impact, makes a difference to the way our cinema is perceived internationally Today when we look at Lagaan we feel it created a space abroad for Indian cinema. We now feel our content style and mood of moviemaking are being given a fair chance abroad.”

Bhansali feels it is the masters of Indian cinema who paved the way for a filmmaker like him. “Satyajit Ray, Mrinal Sen and Shahji Karun did get our cinema recognition. At the same if a new film is selected for an international festival it isn’t necessarily because of those other films and filmmakers who gained international recognition earlier on.”

So what according to Bhansali is the key to acceptance of Indian films abroad? “I think our cinema is being appreciated for its melodramatic warmth. Even in the West people are now eager to express themselves more openly. They aren’t abashed by open expressions of emotions. Indian films exude a lot of warmth. At a time when the world is clogged with bitterness it’s reassuring to experience a cinema where the smallest of emotions matter. Also Indian cinema is celebratory in mood. There’s a song for every occasion. That’s again a novel experience for Western viewers. Filmmakers like Steven Spielberg are now attempting the musical style that we have embraced from time immemorial. Indian films have their own distinctive stamp and audiences out there find them great fun to watch. That why they good humouredly call us Bollywood. You and I may hate the term. But that’s how Indian cinema is going to be known for a long time. When I showed Hum…. Dil De Chuke Sanam in Berlin they called it a ‘dancycle’. They were thrilled to see the musical celebration of universal emotions.”