Shruti Haasan to star opposite Mark Rowley for an international film The Eye : Bollywood News


Actress Shruti Haasan, who earlier bagged her first international television series titled Treadstone in 2019, has now all set for another international project. The pan-India star will be headlining the international feature film The Eye. The Daphne Schmon directorial will be  a psychological thriller. 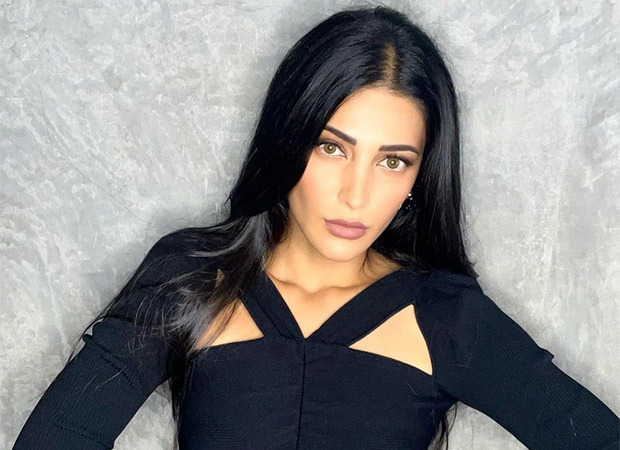 From Fingerprint Content, the forthcoming film will feature actor Mark Rowley of The Last Kingdom fame opposite Haasan, reported entertainment news website Deadline. Confirming the news through her Instagram handle, the actress posted a snip of the article. In the caption, she exclaimed, “Super stoked to be a part of “the eye” with the loveliest team.”

Haasan’s caption further read, “Story telling is my fave thing in this whole world and to be a part of this one is pure.”Thankyou for making me a part of this !! You ladies are ???????? ????????so much fun with the super talented and caffeinated ???? @markrowley90 and the kindest and magical @elpidou.” The conclusion of the write-up read, “SIMPLY PUT This whole team is so wonderful and can’t wait for you’ll to see this . Ok bye.”

The report states that the upcoming film is set in 1980, the story centres on a young widow who travels back to the island where her husband died, to spread his ashes. Upon learning the true nature of what may have claimed his life, she is tempted by a dark choice that could bring him back.  Along with Haasan and Rowley, the film will also star Anna Savva, Linda Marlowe, and Christos Stergioglou.

Quoting Producer Melanie Dicks, the portal gave a statement from him, which read, “Kicking our slate off with an exciting debut feature for Daphne Schmon and Emily Carlton, The Eye is the culmination of four years of collaboration, an ambitious and hugely exciting period piece. We have an incredible team, with a strong stakeholder and production group. It’s an extraordinary project to launch with.”

Also Read: Shruti Haasan says she got a nose job and fillers to look ‘prettier’; says, “I don’t feel the need to justify why I want to look a certain way’