Actor Sharad Kelkar played the titular character of Chhatrapati Shivaji Maharaj in the period drama titled, Tanhaji: The Unsung Warrior, starring Ajay Devgn. His portrayal of the Maratha brave heart with absolute finesse won millions of hearts. Given his work in the past five years, a section of the audience wants to see him more with Bollywood stars on the silver screen. 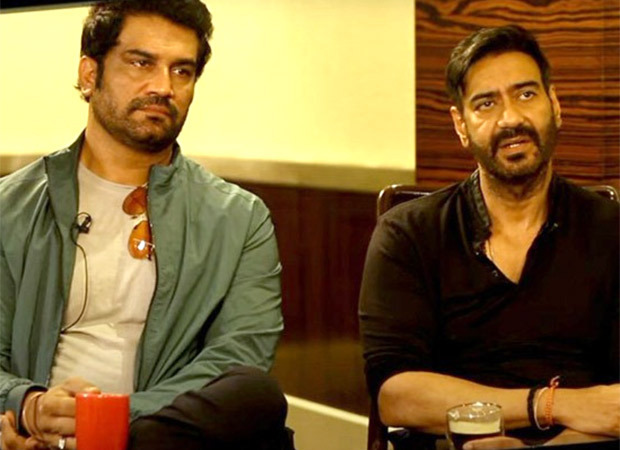 Well, it seems they will see him more on the big screen with stars as he has recently confirmed another project with Ajay Devgn. In a conversation with Pinkvilla ahead of the release of his Marathi film Har Har Mahadev, the actor shed some light on the same. When asked if the speculations of him collaborating with Devgn for the latter’s project Bholaa, Kelkar said that he will not be seen in the movie. Sharad jokingly said, “He (Ajay) didn’t call me.”

However, the Laxmii actor further continued and said, “We are planning something. There was one thing which was supposed to come but I think the schedules are not matching. But we are working on it in the future. I think maybe next year we’ll work on it and it’s gonna be crazy,” to the portal.

Coming to his professional front, the 46-year-old actor is currently gearing up for the release of Har Har Mahadev. It is touted to be one of the biggest-ever Marathi Films to date. On the other hand, Sharad has reunited with Prabhas for Adipurush as he will be dubbing for the Hindi version of the Om Raut directorial. Earlier, he gave his voice for the Hindi voice of Prabhas as Bahubali in the Baahubali franchise.

Meanwhile, Ajay Devgn also has an interesting line up including Thank God and Drishyam 2. While the release of the former is around the corner, the sequel of Drishyam will be released on November 18.

Tablecloth Pull Trick with a Supercar

Tablecloth Pull Trick with a Supercar