The death of television actress Vaishali Takkar has shaken the industry. Many of her fans and friends from the fraternity still can’t believe that she has gone. While many are mourning over Vaishali Takkar’s death, the late actress’s picture featuring Sushant Singh Rajput is going viral on the internet. 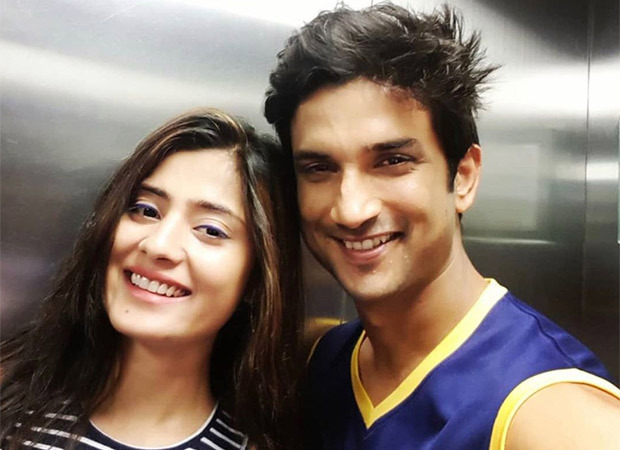 For the unversed, Sushant Singh Rajput died by suicide in June 2020. Among many others, Vaishali had also taken to her Instagram handle to express her grief over the death of SSR. She has posted a photo of herself with Rajput. In the caption, she had written, “Noooo Noooo Noo…. I can’t stop crying.. tell me it’s a nightmare.”

The Yeh Rishta Kya Kehlata Hai actress had further added, “the most gentle , humble and giving actor the world could have ever had everytime we spoke .. i felt like we were friends from forever .. whyyyyyyy Sushaant whyyy.” A section of fans are not revisiting the post and flooding the comments section with condolence messages.

“Hope you both are in good place now,” wrote a user, while another commented, “Both are gone too soon but never forgotten.” Meanwhile, many heartbroken fans wrote “Om shanti”.

The investigation of the Sasural Simar Ka actress’s death is underway. The cops have recovered a suicide note, in which the late actress has accused her ex-boyfriend and neighbour Rahul Navlani.

Shedding some light on the matter, Assistant Commissioner of Police (ACP) Moti ur Rehman told, ”Rahul was Vaishali’s neighbour and the suicide note indicates that he used to harass Vaishali, because of which she took such an extreme step. She was about to get married to another man and Rahul troubled her for that. The police are currently investigating the case,” to ANI.

The ACP also added, “Her (TV actress Vaishali Takkar) e-gadgets will be probed. Her neighbour Rahul harassed her, because of whom she took this extreme step.”

Also Read: Vaishali Takkar Demise: Rakshabandhan co-star Nyrraa M Banerji and other TV actors speak about the late actress; her co-star says, “She was a chirpy and positive girl”