Almost five weeks ago, actor Vicky Kaushal kickstarted shooting for a schedule of his upcoming film Sam Bahadur. And, on Tuesday, he wrapped the schedule. Announcing the same, he took to his social media handle and dropped a dump featuring photos and a video from the set. 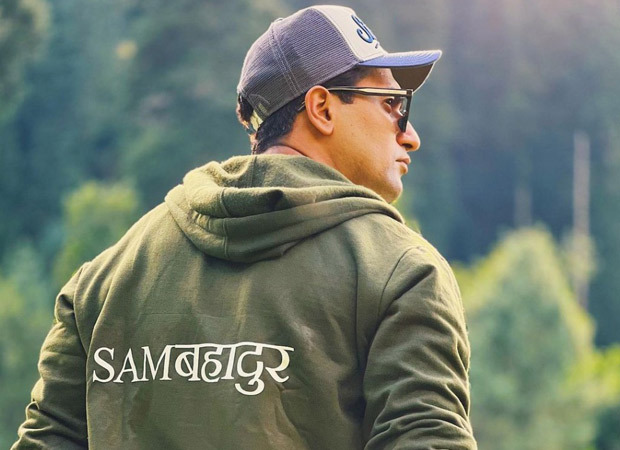 The first image, featuring the Raazi director-actor duo can be seen hugging, while flaunting Sam Bahadur written on the back of their outfits. Meanwhile, in the second photo, he can be seen posing with an ear-to-ear smile along with the crew of the forthcoming film. In the third picture, Vicky cuts a cake.

Talking about the video, the cast and the crew applaud each other, and Meghna Gulzar says, ‘With that, we close the first outdoor schedule of Sam Bahadur.” On this, Kaushal screams his lungs out and says, “It’s a schedule wrap.” As the video comes to its end, Vicky offers a hug to each member of the crew.

Instagramming the multiple-picture-video post, the URI actor wrote, “After more than 2 months of relentless work across 5 cities… it’s a SCHEDULE WRAPPP for the बहादुरs!!! Few more cities and a few more months to go. See you soon Team, to continue our journey of making #SAMबहादुर !!!”

The post has managed to garner love from the Lust Stories actor’s Insta fam as it bagged over 300k likes and still counting.  “Waiting”, wrote a few while many flooded the comments section with red-heart, fire, and heart-eye emoticons.

For the unversed, Sam Bahadur is an upcoming film directed by Meghna Gulzar. Vicky will play the titular role of Field Marshal Sam Manekshaw. The late official was one of the most decorated army officers in India. Along with Kaushal, the star cast also includes Fatima Sana Shaikh and Sanya Malhotra, among others. The release date of the film is yet to be announced.