make it to the end
HomeBOLLYWOODSYeo Jin Goo and Moon Ga Young to reunite after a decade...
BOLLYWOODS

Yeo Jin Goo and Moon Ga Young to reunite after a decade for mystery drama Link: Eat and Love to Kill 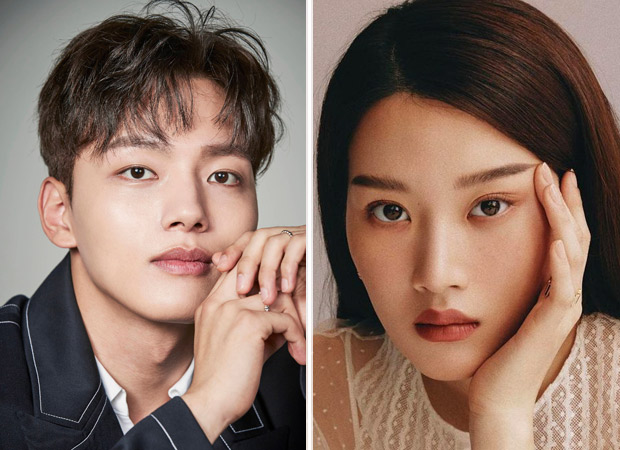 As reported by Korean tabloid Soompi, on December 16, it was confirmed that the actors will be starring in the upcoming drama Link: Eat and Love to Kill. It was first reported in January that Moon Ga Young received an offer for the drama, while Yeo Jin Goo was revealed to be in talks in July.

A mix of fantasy, romance, and mystery, Link is a drama about a man who suddenly begins feeling all the emotions experienced by a certain woman. The drama will follow the story that unfolds as he unexpectedly begins going through all of her joy, sorrow, and pain together with her.

Yeo Jin Goo takes on the role of Eun Gye Hoon, a restaurant sous-chef who possesses excellent cooking skills, stunning looks, and an attractive voice. He finds himself randomly experiencing emotions one day, spontaneously crying and laughing, and it turns out that they are the emotions of someone else.

Moon Ga Young will transform into Noh Da Hyun, a character who is preparing for the job hunt. Despite her mother’s nagging and harsh words from others, she always wears a bright smile with the belief that smiling brings luck, but her life is far from lucky. One day, she causes an irreversible incident and starts getting entangled with a man named Eun Gye Hoon.

Yeo Jin Goo and Moon Ga Young are reuniting a decade after The Reputable Family, a 2010 historical drama that they starred in as child actors. The drama’s production team commented, “‘Link’ will be a unique romance drama created by two characters whose emotions are linked. It is reassuring to work with Yeo Jin Goo and Moon Ga Young, two actors who have solid acting skills.”

Link will be written by Kwon Ki Young, who previously created I Remember You and Suspicious Partner, and directed by Hong Jong Chan, who has led dramas including Dear My Friends and Life.

The drama is scheduled to premiere in the first half of 2022 via tvN.