make it to the end
HomeBOLLYWOODSYRF’s diktat: Play a respectable number of Jayeshbhai Jordaar’s shows on weekdays...
BOLLYWOODS

Jayeshbhai Jordaar, starring Ranveer Singh, was released on May 13 amid high expectations. However, the buzz was low and the response was mixed. Yet, when reports came in that it had collected just Rs. 3 crores on day 1, the industry and trade were left shocked. The growth was minimal on Saturday (Rs. 4 crores). The weekend collections are expected to be around Rs. 11.50-12 crore. From today, that is, Monday, Jayeshbhai Jordaar is expected to have poorer collections. 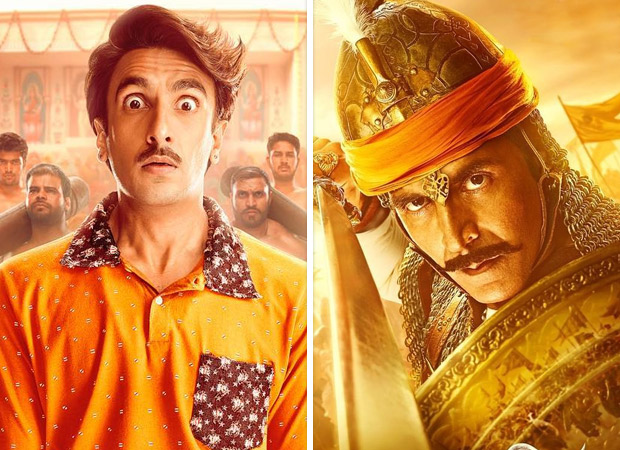 However, it has come to light that Yash Raj Films (YRF), the producers of Jayeshbhai Jordaar, have asked exhibitors to retain a certain number of shows in their properties till Thursday. If the theatre owners fail to do so, there’s a fear that YRF won’t release their next films, Prithviraj, starring Akshay Kumar, and Shamshera, starring Ranbir Kapoor, in their cinema halls.

A source told Bollywood Hungama, “Jayeshbhai Jordaar showed a flat trend over the weekdays. Hence, many exhibitors wanted to considerably reduce their shows and replace them with films that are doing well like KGF – Chapter 2, Doctor Strange In The Multiverse Of Madness, and the Marathi, Gujarati, and Punjabi films. However, YRF has categorically asked theatres to ensure that Jayeshbhai Jordaar has a respectable number of shows in their theatres. The exhibitors argued that it’s not feasible for them. After all, when audiences haven’t turned up to watch Jayeshbhai Jordaar in big numbers on the weekends, how can they be expected to come on the weekdays?”

The source continued, “YRF, however, remained adamant and insisted on retaining a certain number of shows, that too during prime time. The exhibitors agreed as no one wants to take panga with them. They have Prithviraj and Shamshera next. Both are big-budget spectacles. Then, next year, they’ll release Shah Rukh Khan’s Pathaan and Salman Khan’s Tiger 3. All these films can work big time. Hence, the exhibitors decided that they’d play Jayeshbhai Jordaar this week the way YRF wants rather than risk not getting these biggies in their cinemas.”

A three-screen multiplex owner, on condition of anonymity, spoke to Bollywood Hungama, “If I was given a free hand, I would have given only one show to Jayeshbhai Jordaar from Monday. However, I was told to play three shows. KGF – Chapter 2 and one regional film are doing very well. It hurts that we can’t increase its shows to keep up with the demand because of this diktat.”

He also remarked, “2 weeks back, Heropanti 2 had similarly flopped. Then, I played just one show on the weekdays; the distributor had allowed us to do so.”

On the other hand, a few exhibitors claimed that they haven’t got any such directive from YRF. Some of them have discontinued Jayeshbhai Jordaar while the rest of them are playing the film in 1 or 2 shows in their multiplex.